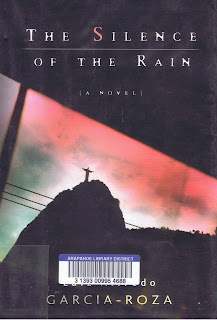 Espinosa is unrelenting in trying to uncover the crime despite not much support from a corrupt police force and not much in the way of technological forensic help.  There is a beautiful widow to whom Espinosa is attracted, a $1-million insurance policy, two more murders, and a surprise ending that does not quite end the story.
Posted by loverofwords at 5:12 PM No comments: