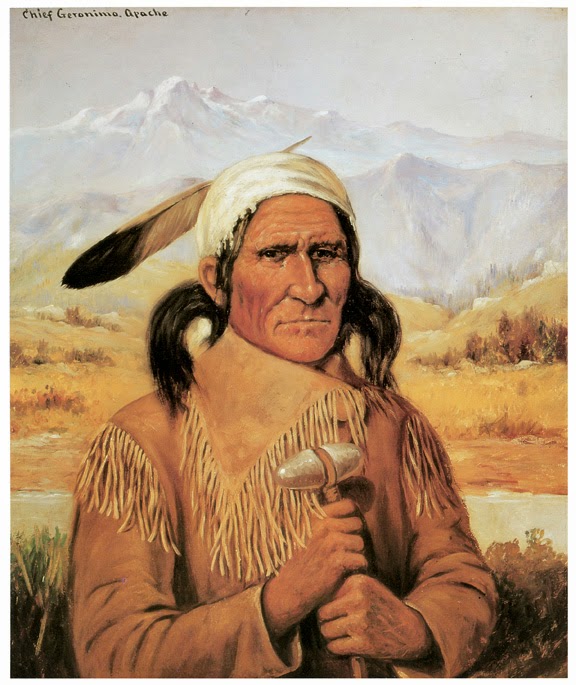 Today I will feature the subject of the painting instead of the artist because Geronimo was such a controversial figure and symbol of the American West and its history.

"Geronimo, the Apache chief, surrendered for the final time on September 4th, 1886, effectively ending the Indian Wars fought on various fronts throughout the Southwest over the previous half-century.  With his fugitive band reduced to eighteen warriors, and with 5,000 soldiers pursuing them across the mountains of Arizona and Mexico, Geronimo saw no option. He accepted his fate. This is what he wrote in his autobiography."

"After I fought and lost and after I traveled over the country in which the white man lives and saw his cities and the work he had done, my heart was ready to burst.  I knew that the race of the Indian was run. . . .The sun rises and shines for a time, and then it goes down, sinking out of sight and is lost.  So it will be with the Indians."*

There is a You Tube featuring Geronimo's story, about 40 minutes long, which gives details in photos and pictures. His story is sad, tragic.

Posted by loverofwords at 7:00 AM