f is for France


She always had a love affair with France, especially Paris.  Her first image
of that magical city was from a book that was read to her as a child.


"In an old house in Paris that was covered with vines,
lived twelve little girls in two straight lines."


She was a Parisian girl, self-made, fitting some kind of template in her
mind, elegant, chic, and thin.


Now, living her dream in her dream city, she had friends, a challenging job,
and a handsome, married lover.


Even as she waited for him, she thought of the deliciousness of those past 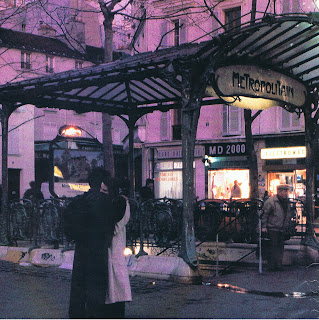 clandestine meetings, but she sensed that L' affaire was over.


With a quick kiss, he was gone.


"In an old house in Paris that was covered with vines lived. . ." or did they?


That pinkish-grayish Paris twilight, that she had always loved, turned
suddenly dark.


She reached into her handbag, yes the pills were still there.

Using a photograph as a prompt.  Photograph attributed to "Travel and Leisure."
Posted by loverofwords at 12:30 AM